Aaron, before meeting his brother in the wilderness, is described as an eloquent speaker, very influential and confident. A charming character that I would like to think was a people’s person, perhaps jovial to cope with the dire conditions of slavery.  Aaron, unlike Moses, took the new role of a messenger without a doubt (Exodus 4:30-31… “and the Israelites believed”). I do not think he ever envision that he could be part of the huge change, let alone becoming the great “icebreaker” that God also used to relax the tension, lead the negotiations, and create plagues:

The two brothers were together in the negotiations, supporting each other. But then in the wilderness, God separated their roles and responsibilities. Moses took his Deliverer role and Aaron was assigned to the Chief Priesthood position.

These are the moments where Aaron was supposed to be humble and thrilled, but what really blinded him.

Knowing yourself starts when you look within and be at peace with who God is in you. Winners are those who never gave up and were attentively focusing on themselves with no intention of outshining others. Jesus Christ in Matthews 7:13-15 is giving us a vision of how wide the gate to destruction is, that many of us walk through blindfolded, and running after quick success to hide our weaknesses. He further states that it is not easy to go through the narrow gate that leads us to eternal life, as it takes us to transformation, rooting out and shedding off all negative painful past.

The Israelites were imperfect emotionally clumsy children of God, which feared their blessings, and God loved them regardless. Aaron was not different, we see him making numerous mistakes, becoming arrogant, and being saved by God. Aaron is seen as a gatekeeper (Leviticus 10:10), a pathway, which carries a light of hope for the Israelites to believe in themselves and in God (Numbers 6:22-27). A Chief Priest with huge responsibilities and authority to govern the nation of Israel, the only Priest who is completely permitted to enter the Holy of Holies and to meet with God. He did not see the potential that God saw in him. He had opportunities of exploring all his possibilities of building good governing structures for their New World. Regardless of his skills and talents, he also needed to transform to use his talents for the betterment of the Israelites, not to validate his existence. If Aaron had decluttered his emotional blindness, he would have realized the strategic position he was assigned to. Instead, his focus was to appear more prominent than his brother Moses, who was taking the spotlight. Yes, Moses stayed in a palace while his brother Aaron was in slavery, and later fled after he committed a crime. A fugitive that was not much acquainted with the Israelites, comes back after 40 years as a messenger of God to deliver the nation of Israel to their new world.

Moses needed his brother, the powerful character that portrait confidence in Egypt. Instead, Aaron wasted no time to defile God (The Golden Calf- Exodus 32) right after the nation has also vowed to follow the Laws Exodus 24: 3 and 7. He further attempts to discredit Moses (Numbers 12:2). He had a choice to remind them of their blessings, the amazing wonders that God created in their sight. Likely they could have believed him as they did in Egypt. Besides, he knew them better.

When he was also discredited (Numbers 16: 3), God showed Aaron that He had chosen him as Chief Priest amongst the tribe of Levi (Numbers 17:8). Using his staff as testimony, giving him surety that he is chosen for the job. Despite all the provoking he did, God still believed in him. God wanted Aaron to be content with his position, to bloom beautifully, and not feel intimidated.

To the born leaders, who have gone through adversities that blinded their emotions and tainted their identities. When God calls your name, you must believe that your time has arrived for you to sprout out and bloom out of your grave. Arise and come out to the light. Allow yourself an opportunity to grow first, get to know you, and love you. Yes, the journey to self-discovery is a daunting emotional battle that you should not fear walking alone. Because discovering your trueness brings about the feeling of contentment. Regardless of how many times you fall, quit, self-sabotage, become apathetic or defiant towards God, He still loves you. He knows you look down on yourself, He knows you are scared, and He knows you are confused. But remember that, your talents were discounted in Egypt and not rewarded, which left you bitter, envious, and arrogant. That’s the false label you walked with for many years. Get up and walk through your transitional passage. Let your journey train you on how you can wisely use your talents and dig out more gifts you were not aware of. Be strong and keep moving forward. This time your new role is lighting the pathway for others, showing them how they can help themselves.

This is your season.

Thank You God for blessing us with chances after chances. 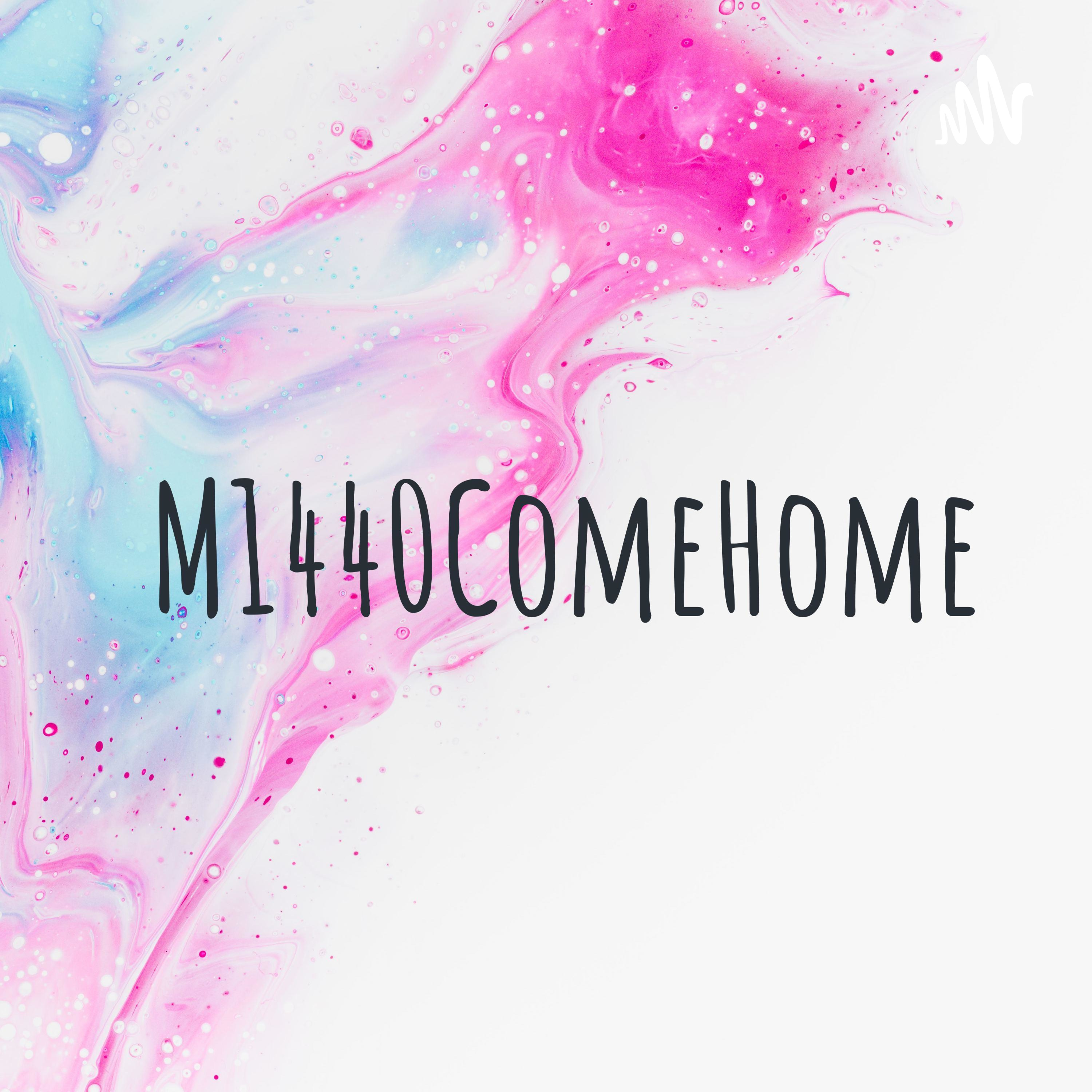 For the first time, since I stepped into my journey of transformation. I am using my voice. As we all know God's path has many turns and we cannot feel stuck and not moved when He makes a turn. We must flow with the movement of the day so we can navigate our way safely with a trust that we are led to righteousness. It is time we engage more on a deeper level and share our stories. May  God Bless Us All.  --- Send in a voice message: https://anchor.fm/m1440comehome/message

My Journey of Transformation

My Journey of Transformation